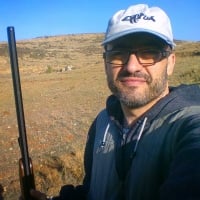 Samer Madbak Senior MemberRegistered Users 1,247 Posts
January 2015 in DH 2014 General Discussion
Just some advice for eye shots, after I finished HR5, its rare hunts and the bounties:
Found that the best eye shots belong to the tigers who have large green eyes. Can't miss an eye shot for a head shot.
After trying several predator hunts in almost all regions I found out that the four-tiger predator hunt in hidden region 4 is the best.
Now if you have some coins to spare you can buy sports drinks for 12 golds. I managed to finish the bounty because of this luxury. I even bagged some eye shots on moving targets as the drinks slow down the animals to a large extent.
Happy hunting... time to get bored again and wait for R17.
Playing on LG G4 (Android)
0