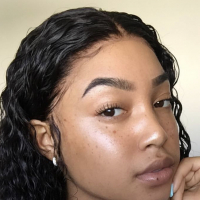 Hey❤️ So I used to be a very intense Kim K Hollywood player, but stopped for a while. I recently rejoined and decided to find myself a new boyfriend. When I went to my contacts list, I broke up with my current boyfriend, and dated a new one. After a while, I wanted to get married to him, however, even when I maxed out our relationship, he still wouldn’t propose and kept saying ,”I Love You” at every checkpoint in our relationship. I looked up everything and the only thing that was possible was that I was dating someone else. I looked in my contacts list again and saw that I wasn’t dating anyone else. However, when I went to go visit my boyfriend in his house at Calabasses, it had about three other contacts that said I was dating. And after going to the apartment in Downtown L.A, it said I was dating several other people. So when I decided to go to my contacts list to break up with them, TEHY WERENT THERE! Please help me, this has been a whole ordeal for me. @kokokokonut