How did Glu was able to publish Sonic Café Games? 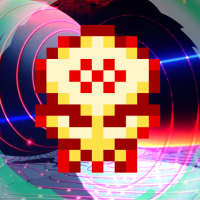 DreamMare Registered Users, Member 1 Posts
December 2019 in General Discussion
Hi, by now I tried to find all Sonic Games for Java Devices because I have a Nokia Asha 201, but for some reason some of the games have the logo of Glu in orange (probably a older version of the logo) and I wanted to know how some of the games that were suposed to be just in Japan published in other countrys. How did Sega and Glu agreed? How it was to translate Sonic Jump for portuguese? since it wasn't common to do that in video games in general. And those games were profitable for Glu?

If anyone at the staff could answer that it would be the most awesome thing by now, I found other games like Mega Man 3 but the answers for those games will probably be the same.
Anyway, thanks in advance to anyone who wants to help me in this mystery.
0