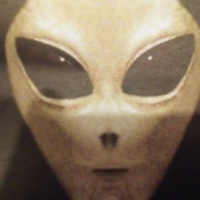 Roswell47 Registered Users, Member 1 Posts
February 7 edited February 7 in Customer Care
I have been playing an old game Frontline commander 2 again and purchased 4 special packs which 3 of them cost £1.99 and the 4th cost me £4.99. Now the money was very promptly taken from my account yet although it stated on the game that it was Processing my purchases to this day ive received nothing and my God I have tried so so many times emailing. to just get what ive paid for but I'm told that because the game is old and it doesn't receive updates that they can't refund me so sorry and that's it yet I got an email telling me that they could credit my account with there credits which I said ok to. Now a week's gone and nothing again I've contacted them yet again and the same old story is told. If the game is that old then how come they havnt got information stating this and not allowing monies to be taken from people's accounts as I feel like it's theft. You can't even talk to someone and ive asked for top management or the IMPORTANT PEOPLE but I just get ignored or not answered at all and where I'm from that's called taking the PISS!!. These people are no doubt very wealthy as the money is rolling in for FREE. What the hell do I do as I truly feel robbed and it's just not fair and simply wrong