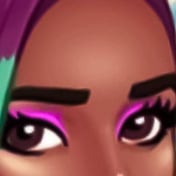 Carol Davida Expert MemberRegistered Users 6,145 Posts
February 2017 in Krews
I need to join a new crew ASAP on my second game. My crew is barely active and rarely communicates on the chat room. So if anyone has a spot/opening that's left, please don't hesitate to let me know. Thanks in advance.✌
Daily Android KKH player

If you would like to be friends with me in-game please PM me so that I'll know that you're from the glu forums. Tyvm☺