Your dolls with their pets 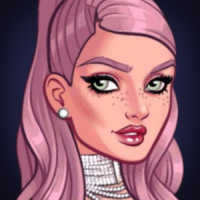 Cherrey Advanced MemberRegistered Users 1,472 Posts
June 2016 in KKH General Discussion
Since we can take our pets out now, wouldn't it be cool to see our starlets walking around with them? :rolleyes:
I think YES!

That's why Cherrey adopted her first dog ever. His name is Inu and this is the moment they met for the very first time: I know, Cherrey seems to act a little distant at first, but she only knows how to take care of expensive shoes so far. A dog is a whole new experience for her, but she already loves this little critter to bits! Aww!! He's so cute. I wanna squish him so badly :rolleyes:

What's your favorite pet and where do you like to go with it? Tell and show us everything :rolleyes:
Cherrey's Show Your Style Review
0
Prev123Next