Level 16 but no Kendall & Kylie 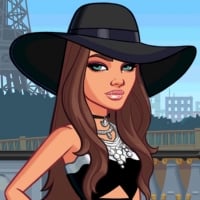 klena New MemberRegistered Users 679 Posts
October 2017 in KKH General Discussion
Hi,
I’m currently a level 16 B-Lister but the game haven’t introduced Kendall & Kylie yet.
I looked on forum, web, & game wiki page advised they would show up at level 13 with the Knock Knock quest. I’m still waiting.
Maria did advised I could invite them & Kim as VIP by calling them to events, shoots etc. But the only one showing is Kim.
Thought it could be that I need the Kendall & Kylie game app so got that & played to level 8 but still nothing.
Any advise or thoughts please