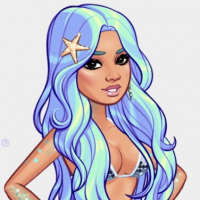 beachespeaches New MemberRegistered Users 488 Posts
February 2018 edited February 2018 in KKH Squads
*copied and pasted from a different thread*
Sorry, I don't know where to ask this. I'm hoping a mod or someone can help me. Ok I've been trying to gift a girl I met on facebook. We both purchased boxes, she sent one to me no problem but I haven't been able to find her on my friends list. She gifted me a few random things to try to pop up on my friends list but nothing worked, and every time she gifts me it says it's from another one of my friends. Well I messaged her trying to figure out what's going on and it turns out her game is hacked. I had no idea when I made the deal to trade a box with her and I feel awful because I promised her a box. So my question is, is there any way for me to send it to her, or is it impossible because of her game?

My doll's name is Bea!
iOS player since the release
Level 99
#FixTheWine
0