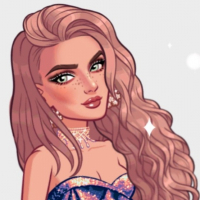 So  I recently started playing KKH again after I stopped for more than a year. When I downloaded the app I could restore my last game but I realised I could only restore it from early November 2018 (which is when I started playing again after I stopped in 2017) when I actually stopped playing in February 2019. So I lost all the progress I made in four months and it also means I lost all my purchases. Since it already happened to me in the past I know I can't do anything about my items and my progress lost (I just went through some of my old messages here and god I can't believe how many beautiful dresses, outfits, hairstyles, accessories... I lost, it's breaking my heart ♥ also goodbye my facelift ^^)

But I assumed I would be able to get my purchases back, I just did the math and I lost the 187.5 euros I spent in the game during these four months

I mean I have proof of what I spent so I assumed they would do something to help me. But when I sent a ticket in the game, they replied with what seemed to be a pre-written reply saying they can't help me... nothing more. So I don't know what I should do and who I should ask for help, I just don't want to loose all the money I invested in this game...

Thanks for reading me
Also thinking about everyone during these difficult times, I hope everyone is safe ♥