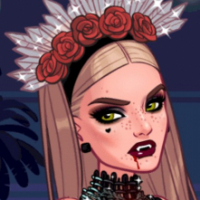 Amberspa101 New MemberFlorida, USRegistered Users 123 Posts
July 2022 in KKH FAQ & Support
So, I haven't been able to play Kollections or do Sys for a LONG time. And it's my understanding that if you have a hacked game etc you can't play them correct?

Confession time..I did play a hacked game for a while a few years go, but my game isn't hacked anymore and I now only update it only through the app store. However I still have a large amount of money and Kstars from said hacked game on my current game. But like I said, I have only been updating and using the game from the app store for the past couple years.

So my question is, Is this a possible reason for not being able to play Kollections or do Sys?
"A Fox is A Wolf who Sends Flowers."
0
Sign In or Register to comment.