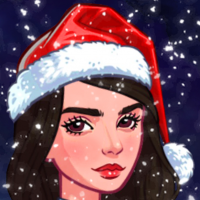 A very kind expert on instagram posted a bunch of event items from the big 5.0 update. I guess we all need this thread to discuss, speculate and drool while we wait for Friday to come each week. I know I do.

I've edited the pictures since they weren't in order, so forgive me if the doll looks wonky and cut up lol. Left is earnable, right is gift boxes and of course, they are just my speculation.

Rumors are this week's dating event. Prev12345Next
This discussion has been closed.