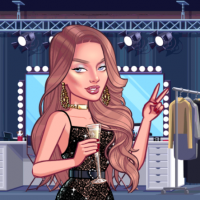 Rossalia Registered Users, Member 9 Posts
June 2021 in KKH General Discussion
Hello dolls,
this is my first post ever but i wanted to talk about the body contour and highlight, i spend all my diamonds chasing that contour and all i got from the diamond boxes were dyes.. I know that most of us are done with dyes in diamond boxes. Anyway, i was wondering if we will be able to purchase maybe a different or same body contour and highlight but from the shop since we all have that section.
Have a lovely day! xoxo