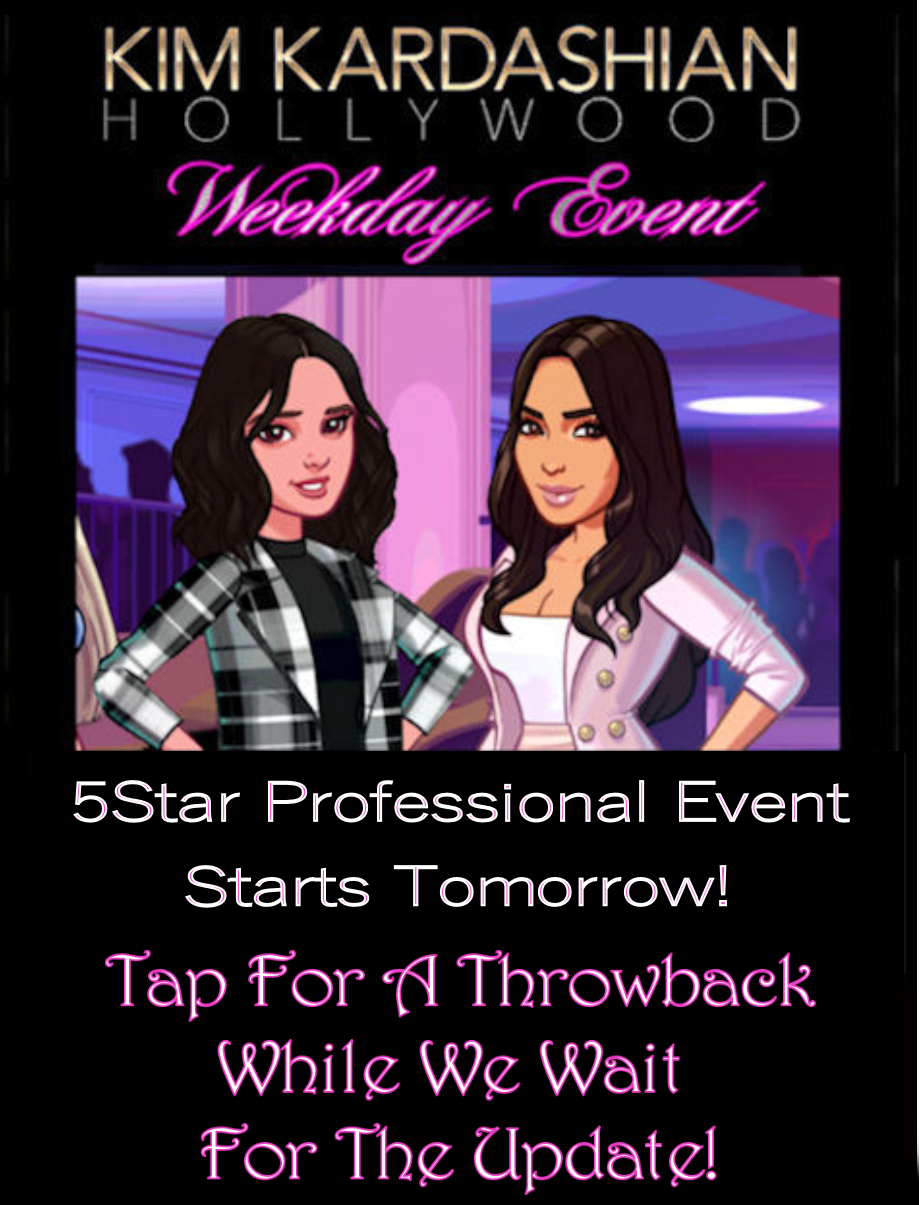 Kalinda has already told us the Update isn't coming Monday, but we can hope it's Tuesday!
Now here's the info for our Weekday 5Star Professional TB Event that starts Tomorrow!