Some matters I want to get off my chest 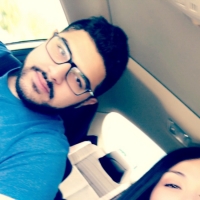 Just a thing I want to get off my chest, this isn't by any mean to cause drama or any problems with anyone.

I just started playing 2018 tap I played 2016 and 2017 with lots of money spent and a really strong team. Unfortunately I can't get back my team from 2017 for some reason, Glu said that both games are a different platform/game

So I was forced to start a new account and built is slowly I'm at 36k power in 6 days with only about a $100 spent because I'm not willing to spend as much as I did in the past versions then lose it when they come out with a 2019 version.

Joining this community I didn't realize how some clubs are sweaty and hardcore to the point where they invite me in, I get in the weekend event put in lots of points ( without even getting rewards because I joined during the event) then after that's over they kick me. That happened in 3 clubs. I guess I need to be a hardcore spender in order to get in a good club. It kinda sucks I really don't want to spend money for the above reason I've stated above, and also I have my first new born on the way this year!

concluding these matters I hope the community works together and just focus on having fun and of course be competitive. As for Glu, I really hope you guys do something about account recovery. I CAN'T EVEN DOWNLOAD THE 2017 version on my new phone since it's not even on the appstore anymore.