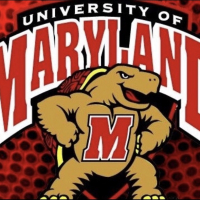 MDTerps42 Registered Users, Member 9 Posts
December 2018 in Suggestions and Feedback
The CvC matchup system has been getting worse and worse to the point that it’s not even worthwhile.

This weekend’s CvC matchups have BY FAR been the absolute WORST.

In my opinion, this HUGE discrepancy in ranking matchups makes the CvC matches not even enjoyable AT ALL anymore.  You either smoke the club or get smoked, but NEVER anymore is there a close matchup.

I hope that Glu Admins read this post and realize how godforsakenly awful the CvC matchup system is becoming.  I have spoken to friends in other clubs and they have said the exact same thing.  No one even wants to play CvC matches unless Glu can find a way to make the matchups EVEN, based on the CURRENT RANKINGS going into the Match.  Otherwise, I think the CvC matches will go down the drain as a huge FAIL, as no one is even excited about them anymore.

Glu, you need to fix the algorithm that sets the CvC matchups to make the club rankings even, so we can enjoy CLOSE battles, rather than one-sided matches which no one has any more interest in playing.

The CvC matchups have slowly gotten worse over the past few months, and I think this weekend you absolutely hit ROCK BOTTOM Glu...
Have you ever listened to someone for awhile and wondered...”Who ties your shoelaces?”
1