Forums Home› Troll Reports
Over the course of the last five years, Racing Rivals has grown into one of the most hardcore racing games in the world. This loyal community has spent countless hours competing in millions of races in “winner take all” fashion – all in the name of Turf Wars and pink slips.

Marked secretde as a troll for verbal abuse toward a race 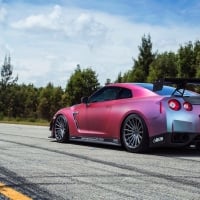 Caboose1744 Junior MemberRegistered Users 13,341 Posts
January 2016 in Troll Reports
Marked secretde as a troll for verbal abuse toward a race

Used the n word multiple times also referred to black people as monkeys stuff like that
What's up beautiful?
0