Forums Home› Racing Rivals› Suggestions and Feedback
Over the course of the last five years, Racing Rivals has grown into one of the most hardcore racing games in the world. This loyal community has spent countless hours competing in millions of races in “winner take all” fashion – all in the name of Turf Wars and pink slips. 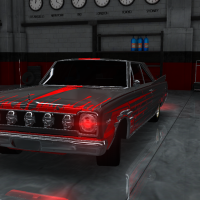 MntnRacer Junior MemberRegistered Users 1 Posts
October 2018 in Suggestions and Feedback
Just wanted to offer a little feedback from a long time free to play player. This was my first turf since January 2018 and I gotta say I love not having boosts anymore. I was a little disappointed to find I couldn’t sit in a lobby and “pick my battles.” I’m assuming this was to prevent the points feeders and self crushing that plagued the t100 teams prior to 7.0. The collections do seem achievable as I’ve managed to claim a handful of cars and customizations. I’m not the biggest fan of players being able to reject bets and still run the race. That’s my biggest disappointment right now with the new version. Overall I’m warming up to the update and I think you guys are going the right direction
0