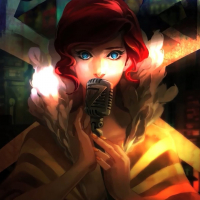 XMooN Registered Users, Member 3 Posts
July 2019 in Suggestions & Feedback
Auto-fight
I’m aware that the AI who does the fighting isn’t in his(or hers)final form and I’m not going to start picking it apart. Instead i have a quick suggestion that might help improve autofights for when you can’t manually do it for the passholder quests and whatnot.
Suggestion: a slider you can use to tell the AI to prioritize either offensive or defensive character cards

This is just my personal oppinion, I don’t know if others would agree or disagree but I feel like there is no palpable competition between clubs. The only group activity so far is donating stuff to each other and discovering doors. That all is fine but it just doesn’t feel like you can battle your way up the leaderboards in a satisfying way.

so here comes my suggestion:
Club Wars
I don’t know how doable this is since a club has 50 members max, but it would be fun to see clubs clashing with each other battling for top spot. You could make another ranking system similar to the arena one, but for clubs and the rewards are good enough to incentivize climbing the ranks but not good enough  that the top10 will shoot miles ahead of the rest.
You could do it every weekend, or twice a month, or once a month for a whole week. There’s rounds that last let’s say 12 hours so two rounds a day where clubs get matched with others in the same ‘league’ and they fight. As an individual player you have 5 lives and you get to pick to fight against another member from the other club and you win points based on characters surviving, maybe damage done and the time it took you to win.
besides that there would be the bonus objective that gives you a extra life(up to 3 max) and more points. Stuff like win only with support characters, win without using buff cards, win without heals...etc.
Now comes the toughest part, how is it decided what characters you fight against when atacking.
i don’t know how fair it is to do it like in grand arena seeing there are some people with maxed out OP chars.
its not fair if it gives you 3 random chars from the collection of someone as you can either get lucky and get 3 weak ones or just get annihilated by the strongest ones
this is where I am stuck. The best thing i could think of is you have to select 9 or 12 characters and then the one attacking gets to pick 3 without seeing the stats so he obviously can’t just easily pick the weakest. Or you just get 3 randoms out of that pool.

this is just a thought of mine, I’m curious what people think about it. I just put this base out there maybe smarter people can build on it, improve my idea. Or just demolish it and explain why it’s impossible.