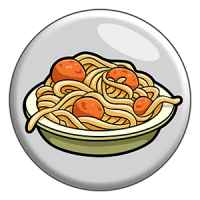 TheSpaghettiKing Registered Users, Member 5 Posts
March 29 edited March 29 in Sorcerer's Content
So I've come over to here straight from the Disney Heroes: Battle Mode forums. Over there, a large part of the community is making concepts for characters that we feel would be great in the game. These concepts consist of information about a character, what each of their skills (i guess abilities in this game) would be, and other assorted info the creator sees fit to include. The community would then give advice about how to improve their creative thinkings, and occasionally the devs would look at them and take inspiration from them! At some point, the community started making concepts for all sorts of characters, not just the Disney ones, and I guess you could say I started that trend.

So that brings me to my question. Are we allowed to make concepts for characters that we want to be in the game? If so, then can we do it for characters that are not Disney ones, aka Unlikely Characters? Lastly, I've previously mentioned that I co-hosted a popular, unofficial and community-run concept contest, with @Silver_Bullet on the DH:BM forums. Would it be possible for sometime far in the future to host our own community contests here?
I really wanna know my limitations for creativity here, so thanks in advance!
1