A huge issue and message to the community

Long time reader, first time poster here. Typically I don't bother posting on forums but an issue such as this cannot be ignored.

I am writing this message to the community as a whole to inform you of some underhanded, sneaky things that the Sorcerer's Arena devs/team has been doing to us. In sharing information between players, it was first discovered that accounts were split into 3 tiers (see chart below), and your tier determined what your gold cost for everything (and we do mean every single thing) in the game was. By looking at this chart you can see that people in Tier 2 payed DOUBLE the amount that people in Tier 1 payed. If you think this is bad, the players in tier 3 were paying TRIPLE the amount of gold the players in Tier 1 were paying. To look at this in the bigger picture, that's an extra 2 million gold per character just for increasing their stars from 1-7, not counting crafting materials, buying items from the bazaar, level up costs, etc. This issue was "fixed", ONLY because some players found out and started to make it into a big issue. While costs are consistent now, it does nothing to make up for the extra gold that has already been spent by 60% of the community.

Then we have a MUCH larger issue. Again we have uncovered that accounts were split into tiers (see chart below) that determined the amount of items you needed to craft in order to raise a character to the next tier. Take a moment to re-read that last sentence and really process it. As you can see in the chart, we have players that were required to use MORE THAN TRIPLE the amount of materials as some other players. This is astronomical in the effect it has in game. That means for the exact same material amounts, one player would be able to get 18 characters from tier 1 to tier 5, while another could only get 6 from tier 1 to tier 5. Some players had an such an advantage as to get THREE times the amount of value out of materials. 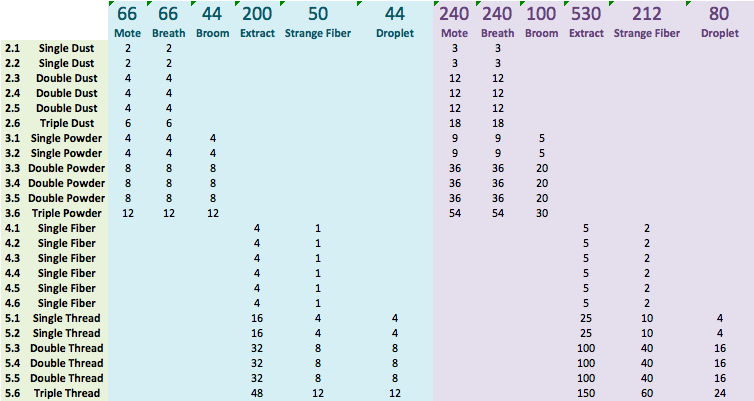 This affects every single game mode. This means in tower of endurance, some people had 18 high tiered heroes to cycle between while some of us only had 6, even though we used the same amount of materials. This means in adventure some were able to make strong teams for each side enabling them to progress much further than the rest of us. This means in arena some players have a much larger roster of strong characters to choose between to use to grind trophies and arena currency. It's outrageous.

We have several comments and posts from the Community Manager, MeatheadMilitia stating the Glu considers the game live. It is up for download in the public app store of several countries, so beta testing cannot be used as an excuse. So we ask you... why, in a LIVE game, would you create such a HUGE imbalance, giving certain players an unbelievable advantage over others? Many of us spend money. Why is my money worth less than someone else's, since I only get 1/3 of the value of items bought with all of my in game resources.

I am in contact with several well known and respected Youtubers ready to go public with this information, broadcasting it to hundreds of thousands of their subscribers. There are a few players with organized reports ready to take this to the BBB. This post will also be posted on the forums, Discord, Reddit, Facebook group, Instagram, and Twitter. This will be known to every corner of the Sorcerer's arena community. This is unethical, immoral, and absolutely unacceptable.

The funniest part is, players are fully aware of what the A/B testing is for, to determine spending algorithms and see which path generates the most income. We have directly ASKED for more packages to buy in game. Players WANT to spend money. Underhanded tactics is not the way to get it done. It's not hard to TREAT PLAYERS EQUALLY. We have a core group that have played together for some time in various games and as such, we share all info and screenshot basically everything you can think of. We aren't a group of people complaining for the sake of it, we are experienced gamers known in the community for years and will not let this rest until a fair resolution has been presented. (And honestly at this point, the only fair resolutions are either compensation or a global reset in which players are granted the value of any diamonds spent during this "beta")

Thank you to the players on discord that pay attention to detail and gathered this information, many of us would have been blissfully unaware we were being robbed blind.