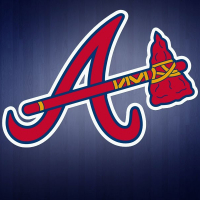 wildkat12276 2 PostsRegistered Users, Member
August 2019 in Suggestions and Feedback
For future consideration.  Would like to suggest something to get more out of having a favorite team.  What I would like to see is a legendary group for each team.  That way the Braves fans (like myself for example) can have a full roster of BRAVES Prime and Legend players.  Make it worth while to have YOUR team by filling it with YOUR players and still being able to compete. It's not hard to get a list of top players in that teams history.  Top 1 or 2 are legends and the next 2 are prime.  Outfield, make 3 legend and 4 or 5 prime.  Same with pitchers, think it would be easier than having 5 different Alex Bregman's or having just a couple of current players multiple times on your team.  Would make people want to spend gold and money on people that they have interest in, being from their favorite team.  Even if it was just 1 person at each position for their team as a all-time legend or a hometown hero???