Who was your MVP for TSB19? 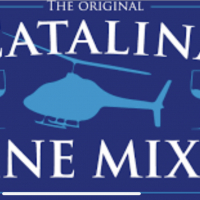 rmouse511 Registered Users, Member 185 Posts
March 2020 in General TSB Discussion
Now that we are at the end of TSB19, who was the most important player on your team this year?

For me it was Eddie Mathews (520 max version). I pulled him from the last box I won during a weekend CVC. I was a gold level team at the time, and because he was released early on when they jumped from 490 to 520 max players, I decided to move to diamond with Eddie Mathews as my core player for WOH. I was platinum for 2 weeks before I was able to take him, 2 prime players, and my 2 keepers to d10.
He was the only legend player I had at diamond for my first 3 weeks in diamond. I used him for the last 4 pitchers in WOH. He was the only reason I was able to cycle the Hall of Fame level of WOH during my first month or so at diamond. I was eventually able to build a team full of d10 legends and prime players, but it all started with Eddie Mathews. He was finally replaced by 540 max Chipper Jones, but I kept him as my DH.