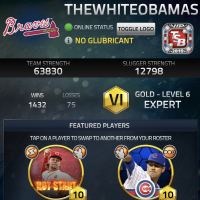 TheWhiteObamas Registered Users, Member 15 Posts
May 2019 in General TSB Discussion
anyone know when prime and legend players are coming? I remember them being around decently quickly in 18
0