Take a look at my lineup 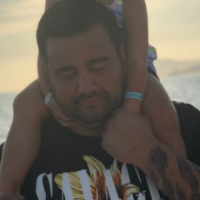 TIDDYBAR Registered Users, Member 44 Posts
November 2019 in General TSB Discussion
Debating whether I should hop over to gold or not after an infuriating WOH event and not being able to crack hof 6.10.  My question is... Will the difficulty of WOH increase with my increase in team strength? Or will it just become easier with better stats? I can literally choose any of my players from my woh lineup and get all the way thru hof 1 thru 5.... And half way thru 6 I need to start max boosting and worrying about who has what skills etc. I like that. But I know with my limited resources that you can see in the screenshots that I'm gonna be struggling to recap all these legends even with the massive amount of $ I spend in game ... (only been playing since the day after the world series was over and already VIP level 12 ) so my question is...  Should I wait till I get more lxp before moving top to gold or should I just go ahead and start the struggle. I literally never lose games with my setup now... My losses are from playing 1v1 against club members with better teams just out of boredom. And I like that. But I can't stand not being able to get thru an event when I see others doing it in silver. Or what am I doing wrong? (Ignore my inactive list...those are just what I just pulled waiting to see which will bonus )