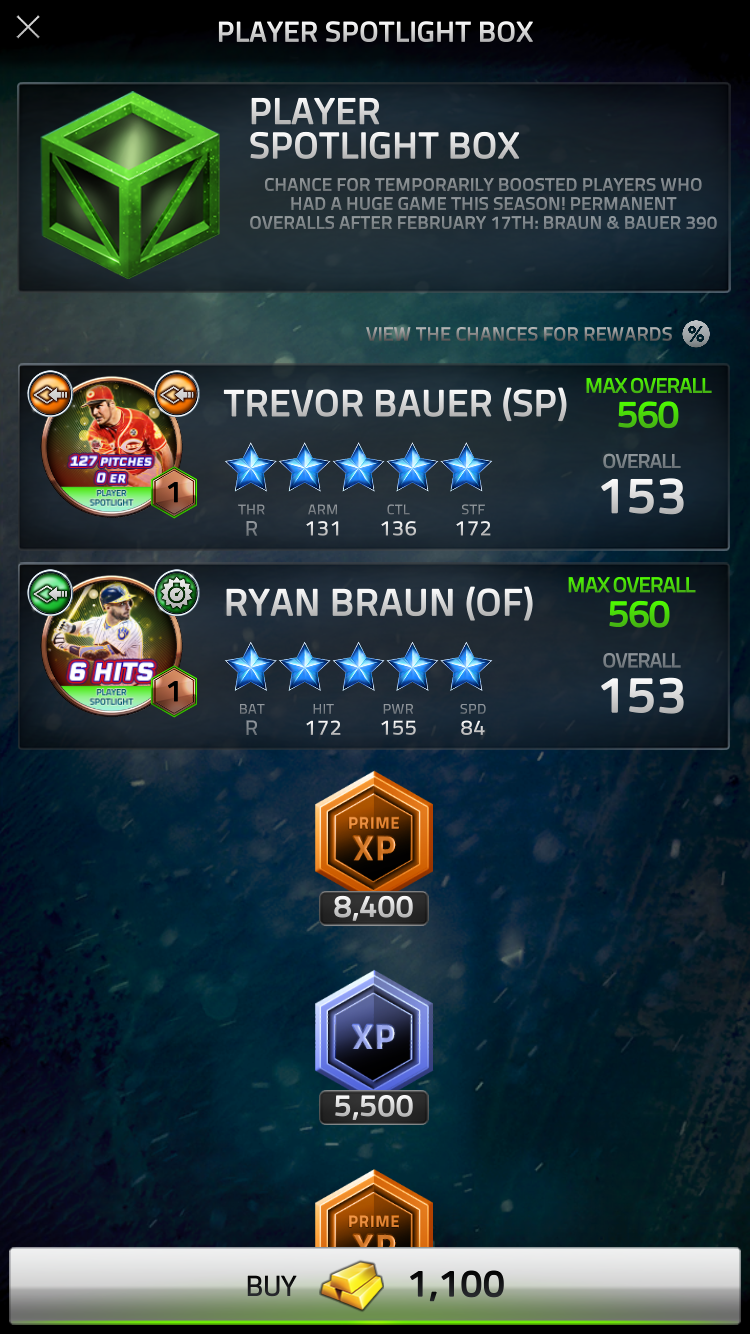 Spotlight players bumped to 560, so they won't kill your lineup if you play them. About freaking time.

With the clash reward change, I feel like someone important at Glu woke up from a coma today.