Superapids135 Experienced MemberRegistered Users 368 Posts
February 14 in General TSB Discussion
Hello, so idk where to post and its impossible to ever get help from Glu CS so I'm trying to get help. 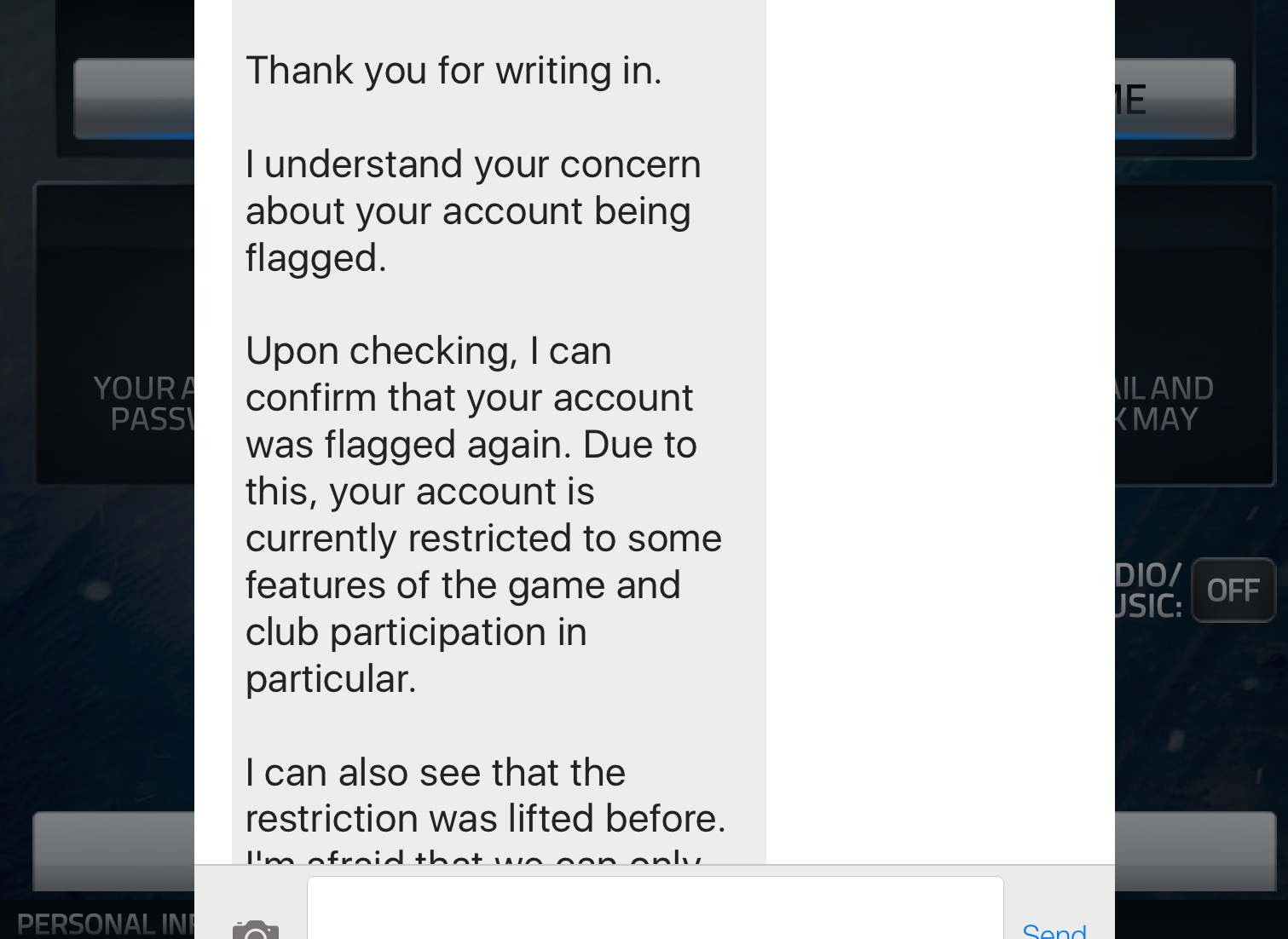 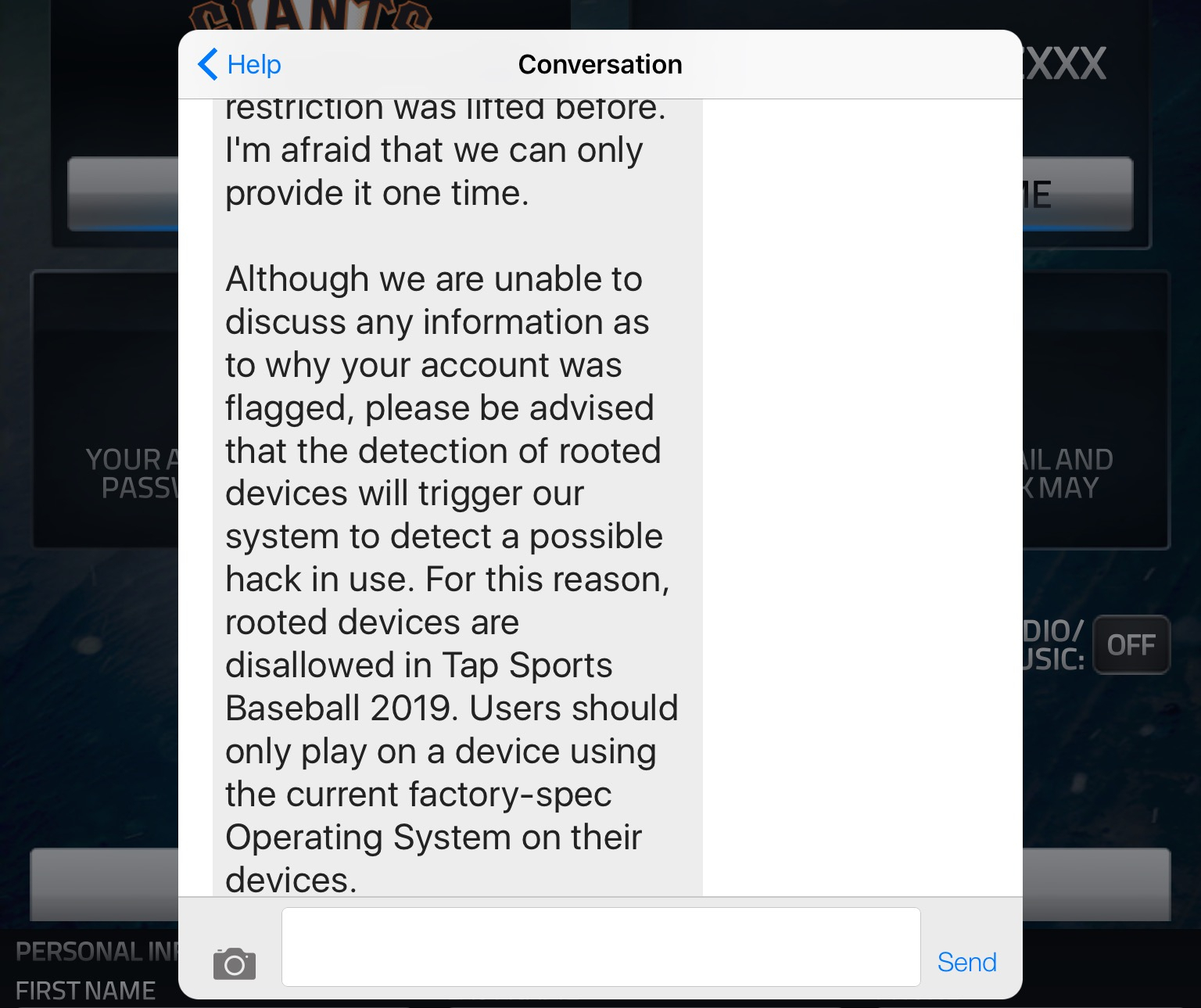 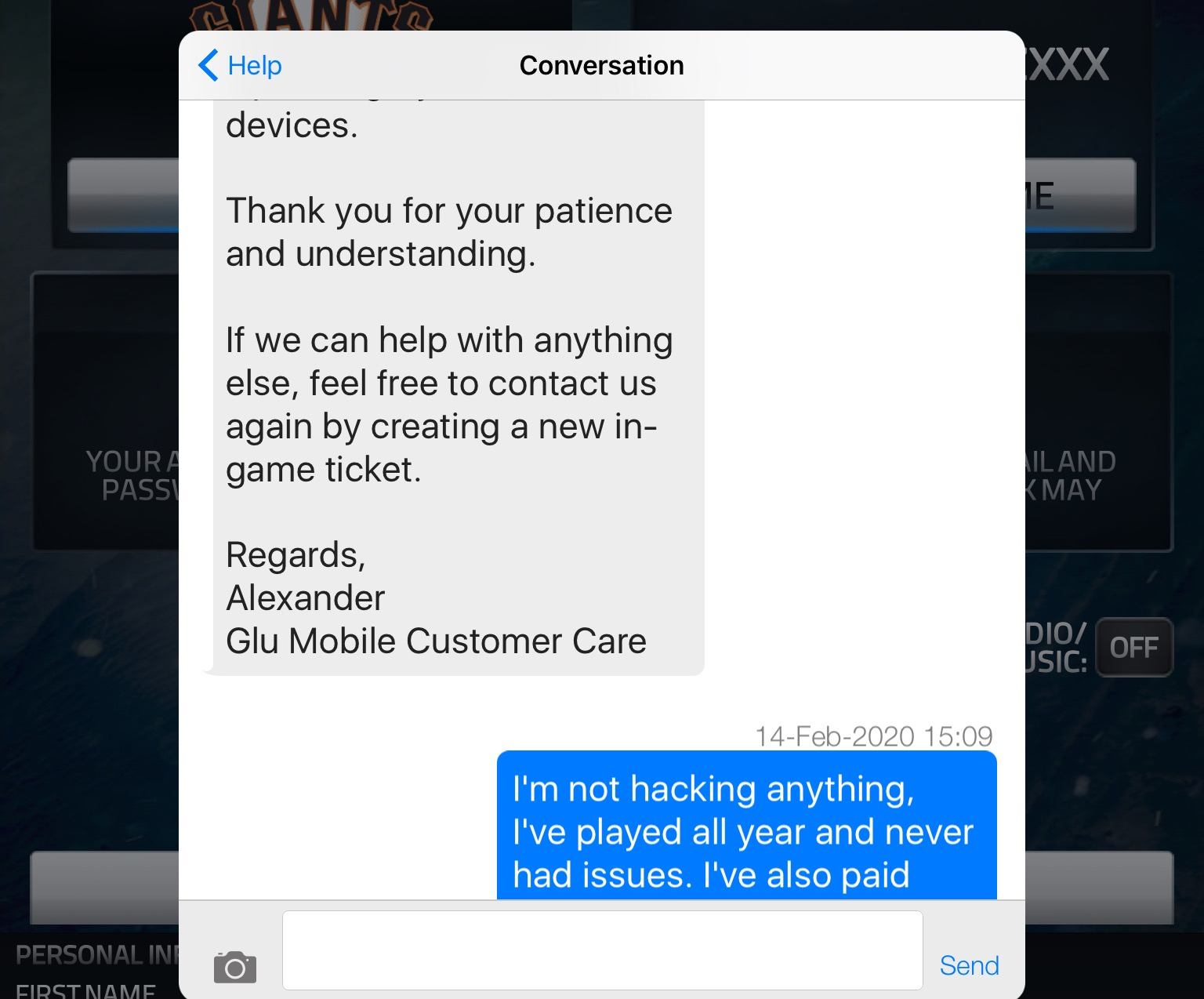 my account was flagged, I don't know why, but I realized I couldn't go on global, my club points weren't counting nor cvc. This was on Thursday (2 days ago). I contacted CS and all they told me was my account was flagged for abuse, there phrase, and wouldn't tell me why. IDK why this could have occurred, all I thought was I had just installed the game on my iPad (bc my iPhone crashed, and I had played on that all season but Its getting fixed). Regardless, CS was nice enough to lift it but never told me what or why but I didn't care since they lifted it. However, now again, its flagged again with the same tell tale signs. However I contacted CS and they told me the lift was a one time thing and they won't fix it. Ive literally played this game since Tap 16 and Ive paid, and while I haven't paid this season, Im annoyed bc I have 5 ATGs and I can't level my guys or improve my team bc I'm suspended. The part that is MORE annoying is that It was lifted less than 2 days ago, and then now boom its back. And they won't lift it. Im annoyed because
1) Ive paid for this game
2) I cannot access what I paid for or improve my team
3) I was given some form response about Rooting and upgrading the systems and IDK what that means. I have an iPhone and played on that until a few days ago and I've never hacked or cheated and don't know how to
4) CS isn't helping

WHY IS THIS HAPPENING! I m going to include my chat log bc IDK why this happened and Im annoyed I can't access my club or team or cvc rewards when Ive done nothing but start playing on my iPad bc my phones software crashed.