Save the Trees, Keep the Bats 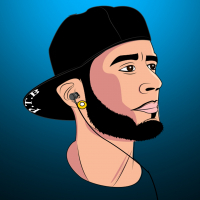 Cleanupcrew Registered Users, Member 98 Posts
May 9 in MLB Tap Sports Baseball '20 Bulletin Board
Sincerely speaking Glu, I feel cheated this year. Not only did my season start late because the app was simply crashing nonstop initially... But then I couldn't even connect my team when it did work. After that, an entire month or so later when I finally gained my team back... The crashing continued and I was already behind. Mind you when the force closures occur, I've lost points because the game doesn't register the team name in CvC, WOH, or any event... I've lost special edition players pulled from boxes on account of the game freezing right as they popped up on the screen from the box... Sure, you guys gave me a few free boxes that pretty much come rigged to pull nothing, but that just doesn't justify it anymore. Boxes where I'm getting nothing after YOUR app crashes on me and I've already spent my money or gold, just doesn't cut it.

They don't respond back on Twitter but I've written you there as well.

It just sucks. Box odds are horrendous idc what anyone says, poor return on any investment, just about EVERY time ... Especially when you don't have the resources to be blowing money everyday just to get the guy you want, or 1000 chances at the guy you want.

I just cannot commit to further donating my money to you, because that's basically what it is I'm doing... And last I checked, you guys are NOT a charity. I just hope things get better. I'll keep saving up for when they do.
T. R. N. ~ Cleanupcrew
0