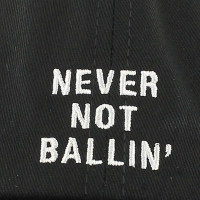 LonzoBallin Registered Users, Member 632 Posts
March 2020 in General TSB Discussion
In both the 2019 and 2020 TSB forums, I see the topic of keepers being discussed ad nauseam.  However, in most cases, it's people asking which of their players they should keep.  Now that it appears there will be no new players added to 2019, I am looking for a definitive answer as to who are the hands down best WOH keepers from 2019.

P.S.  Please only answer with statistical facts and not opinions.
Proud TSB VIP!
1