Can GLU Be Held To Some Accountability? 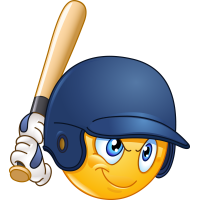 dkarski87 Registered Users, Member 2,986 Posts
April 2020 in General TSB Discussion
Personally, its getting to that point again where you dont even want to open the app anymore. Instead of trying to unite people during these difficult times where everyone is struggling both financially and mentally, all your doing is making things worse with how you are running this game. I'm not even going to list what they are because you know what your doing. Its become evident that you all you care about is your bottom line and making $. Well most people are already on the breaking point and your actions are frankally so unethical on every level you should be ashamed.  I feel horrible for all those people who bough Sanchez on Thursday to only have him pulled as super set after you made him available for purchase. You did nothing to compensate these people for spending money on a player to only remove him a few hours later from the bonus sets.
@blueleopard reads this because like in the past he only makes an appearance once in a blue moon and rarely does anything to help this community. Its become clear that this year is even worse then previous versions. Like are you seriously giving 320 Foil players away at ATG odds for super sets so people chase and go broke. I really hope the decision makers look in the mirror and do whats right. The sneaky shit you guys do behind closed doors and think people dont notice its beyond ridiculous. The current best player are 320max and even using them WOH is a pain in the ass to clear with the current setup.
I highly doubt anyone that actually works on this game plays it. As outlined by all the posts and comments spread across here and social media. With all the shit going right now, you should be making this game a fun app to open and play. Not milk us for every %@%# penny we have.
"Oops we need to restart! Yeap that's 2019 for ya!"
– The Great Houmy
18
Prev1234Next