Roster Battle Suggestions And Other Stuff 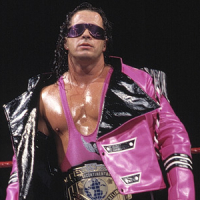 HitmanHart Registered Users, Member 27 Posts
October 2019 edited October 2019 in Suggestions and Feedback
I would like to see different varieties of roster battles added as the same set up over and over is stale.

Instead of the male, male tag team, female, female set up why not throw in all male or all female versions? Or have it be a female tag team requirement and a male, male for the other spots.

Finally, get rid of the crazy gold requirements to evolve wrestlers to 3 stars and up. Levelling is resource intensive enough as it is throwing in gold, which is a hard to come by commodity is overkill. I have tons of bronze wrestlers that could be evolved to 3 stars but I don’t do it because it is not worth the gold so you limit your player base from improving their roster for the other modes in the game.

Another thing about daily deals. All gear should cycle through there. Some of it doesn’t and it is annoying. I don’t care if it costs a lot but it should be there. Tired of the same stuff that doesn’t help me like VII or VIII level NXT gear.
0
Sign In or Register to comment.