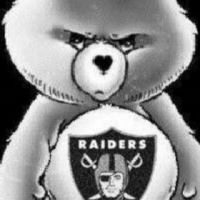 AWJR Registered Users, Member 4 Posts
October 2019 in Suggestions and Feedback
I am very impressed at what has become of this game it's very exciting keep up the great work! I came up with a few ideas also some  fixes that need to be made.

Ideas
1. Legends Battle: Each month there should be an event to get a gold legend basically a story event for people to get a gareented gold super star with more then 1 star by finishing the story.

3. Profile Creativity: Choosing favorite superstar as main profile pic also have pic show in chats put a brand as an emblem as well. it would also be great to make and create a belt emblem.

4. Upgrades: Lately after grinding for gold it seems some upgrade items are harder to come by and gold goes on the it would be nice to have upgrade tickets to up stars or add higher item counts bc with upgrading you sometimes are short and item or so.

5. Holiday Events: DXmas would be great for christmas and to have an event to get all the members of Dx would be really great and hopefully in doing so chyna will be included as well as roadogg. Black Friday items sales and major  case discouts and surprises all gold superstar milstones on events.

1. Gauntlet: After playing gauntlet its a pain to scroll through characters just to have matches that take you forever to find the right superstar a great solution would be auto line up meaning each round the game equips the superstars needed to pass or even auto sim gauntlet. another issuie with gauntlet is that Nxt level is holting alotta people from passing on it be great to have it at the start or lower then what it shows up at.

2. Roster Battle: Really enjoy how you guys changed the rewards system is so awsome with bigger rewards but sadly its harder for people to keep a win streak now the game has been matching people with matches way higher then the rating of their stars i have ran into this issuie i get 1-2 streak and then i get a team thats way higher then mine some people even said seven stars appeared in the game during roster battle.