Frankly, as a Malysian in Singapore, I have never even heard of some of these dishes

BGen_Tan Junior Member64 PostsRegistered Users
February 2017 in Gordon Ramsay Dash - General Discussion
There is this one thing that keeps bugging my mind for a long time, and I have sent a feedback before regarding this.

Help me out for those from other countries, for other restaurants, at least to me, the dish makes sense (holler if you're from the country of a certain restaurant and has never seen some of the dishes), but not Singapore's Sweet and Savoury one.

When I play a Ramsay branded Dash game, I expect the dishes to make sense.

I have never eaten, not even seen a Durian noodle, in my whole life (a quick Google search showed that someone in China tried to make one and made his friends tasted it, but I highly doubt I will ever want to even eat that, they don't go well together. I do eat durian as a Malaysian Chinese, although I have also seen local Malays disliked durians, and also expats loving durians too). Never seen also mangosteen rice (although it might taste fine, hmm), Not quite sure how a red-bean soup/dry based noodle will taste like, normally we have red-bean soup (cooked or cooled with ice) as desserts.

The only things made sense in that restaurant? Curry puffs, Iced Kacang (not "Kachang" actually, it's malay word for bean), ginger tea, fish head noodles (although we don't always eat fish head...more common in Singapore is the fishball noodles, or prawn noodles, usually clear soup or laksa based, which also is absent from game. Laksa!), indian mutton soup (they can easily replace durian with mutton, or mangosteen with chicken). Durian cake is possible as it is a Nyonya dessert.

If they really wanna force durian and mangosteen in game they could fit those as desserts or side dish in the first place. I could also replace those oil fried stuffs with satay alongside already existed curry puffs, or instead of satay, with pisang goreng (banana fritters, basically peeled bananas, bathed in batter, and then oil fried)

Heck, they can simply just refer to this game, made by a local developer
https://play.google.com/store/apps/details?id=com.afzane.kopitiam&hl=en
(In case you don't know what kopi-tiam is, it means "Coffee Shop", roughly equivalent to a usual American diner in small town, but Singapore is a city. Kopi-tiam is also present in Malaysia. See also "Hawker Center")

The worst represented restaurant in the entire game, looks so stereotypical when i look at the dishes. Quite sad.

I know that Ramsay is only in charge of voice acting, but to think that he once came to Singapore for Singtel Hawker Heroes (Find on Youtube, he won the chili crab category) and have his Michelin starred restaurant (Bread Street Kitchen) opened at Marina Bay Sands, I think he will be infuriated that SnS is misrepresented badly ... he has high praises about street food and hawker center foods in Malaysia and Singapore in his Getaway TV show.

I also made a feedback on putting Dragon Bowl on Japan (essentially I asked for an expansion, or remake, of the map). Now, I am not a hardline Chinese with anti-Japanese sentiment, but, what if they want to put a Japanese sushi/ramen restaurant one day?

edit: Oh and, if they are still cracking heads about what landmark to put for SnS, simply Merlion, Marina Bay Sands Resort and Esplanade Theatre will do, instead of generic HDB flats.

edit 2: Something fun for all: 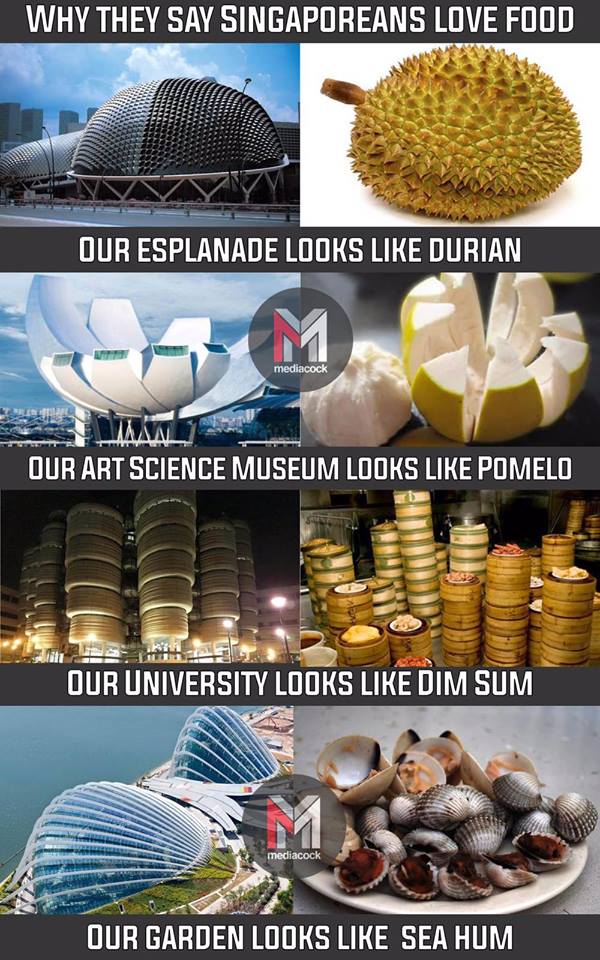