Do you have a favourite NPC? 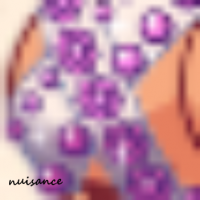 Lisylis Junior MemberRegistered Users 927 Posts
November 2019 in KKH General Discussion
This is mine. His name is Brandon Martini which is a name so cool that I question if it was really randomly generated. He even dresses really cool but I unfortunately chose a poor room to sit him in and you can't see the rest of his outfit.

Do you guys have favourite NPCs? Or are you guys actually cool and invite your actual human in-game friends to your parties and shows lmao
7