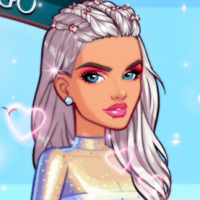 KimsBestie Registered Users, Member 414 Posts
November 2019 in KKH FAQ & Support
Hello Dears, so a while ago I got a new iPad and I transferred my Kim Kardashian: Hollywood game from my iPhone to my iPad. Then I created a new Apple ID on my phone and re - downloaded the game again for my male doll. Today I decided to get my original Apple ID on my phone as I need all my apps on my mobile as well that I have on my iPad and well I restarted and created a male character on Kim Kardashian: Hollywood game again. Now... A while ago @KalindaKing said that it might be possible to have two Kim Kardashian: Hollywood games under the same Apple ID, but when restarting the game on my phone as new all my K - Stars that I have purchased on my girl doll game have been now added to my male doll game as well ( if it makes sense ). Anyways I just want to know if it's safe for me to have a girl game on my iPad and a male game on my phone under the same apple ID as I really can't afford having two separate Apple ID's and pay for each app that I have again. I don't want to lose any of my games either as I've invested a LOT in my girls game during those years.