Legitimate offer: I will write a weekend storyline for free 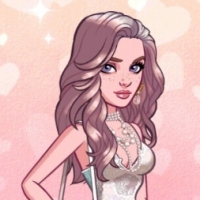 Lisylis Junior MemberRegistered Users 583 Posts
January 2019 edited January 2019 in KKH General Discussion
I am 100% serious about this. I'm just bored of not doing anything in weekend events! I think the community here will have some great ideas and is basically a huge untapped well of creativity and enthusiasm.

Three tasks, a handful of phone calls, appearances from characters who haven't been utilised well in years, and a player choice that both feels meaningful and doesn't fundamentally change the underlying game world. No K-star gated choices though, that's not how I roll.

I will write it in any form (presumably a flow diagram but like I could do a screenplay I guess?) and I will sign all of my rights away.

Experience: I've never done any mobile coding but holy s***. have I written a lot of video game fanfiction lmao