I CAN'T GET MARRIED 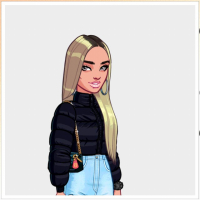 Emilia2019 Registered Users, Member 7 Posts
June 2019 edited June 2019 in KKH FAQ & Support
Hello, I don't get a second wedding proposal. I am on max level of the relationship and it is the only one I have.
When I first started playing the game I got married and had 2 kids  after a while i deleted the contact instead of getting a divorce,now I'm dating someone new but I don't get any wedding proposal. How can I get married again?
I have the v9.13.0
2