Support won’t give me my prizes for Fire & Ice SYS 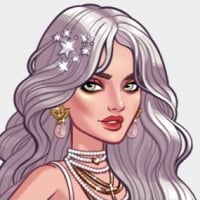 hanh_kkh Registered Users, Member 65 Posts
December 2020 edited December 2020 in KKH FAQ & Support
I came in 1st place (which was my correct rank), but collected the 2nd place rewards. I gave them all the screenshots and past convos I had with other support people, yet they keep saying that even though I placed 1st in the end, there’s nothing wrong with me collecting the 2nd place rewards. I have been arguing for my rightful prizes for over a WEEK now; I just want the rewards I earned. If they’re not going to give me my rewards, at least give me my tickets back.
iOS player since August 2014 and A++
~2 year hiatus; starting playing again in November 2019
0