Glu does what they want. 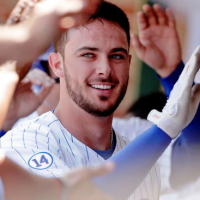 To be honest, at this point Glu can do almost whatever they want. Make WOH impossible? Make slugfest impossible for those without an entire cast of prime sluggers? Bork the weekend box odds to oblivion? All on the table right now. Why? Because this late in the game, some people have put good chunks of money into building a great team. The odds of them just abandoning all of that and quitting aren't very likely. I believe that there is a natural urge for people to work towards a goal or standard, and Tap Sports Baseball is just a game that satisfies this desire. From personal experience, I find it hard to stray away from this urge for long periods of time, and as a result, I have played a plethora of games to fill this desire. And the best thing? With all the games, I can satiate myself by just sitting on the couch and tapping my phone screen. It's a simple bond to the game because of the constantly fluctuating goals the game has to offer (i.e. I reached X team strength. I'm proud. But can I go for Y team strength?). Long story short, even if Glu continuously downgrades their game, I will still play, and I assume most of the daily player population will say the same. People will complain. It's inevitable. But that doesn't really matter because people buying gold is also inevitable. And I get it. I want to break my phone when Diaz throws a nine slider shutdown or when slugger JD pops 6k+ or when I open 20+ weekend boxes and my best payout is a 4.5 Contreras. But in the end, I still open the game for club rewards or to talk with my club or laugh at global. Also, nothing beats the euphoria of pulling a shiny new player that you really wanted.

I'm just inspired by @miggyrising right now. His rants are both funny and interesting, and I thought it wouldn't hurt to tap one out myself. Just my two cents.