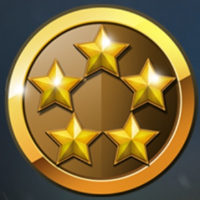 Babybombers9 Registered Users, Member 212 Posts
November 2018 in General TSB Discussion
So I came to the realization that I needed to “graduate” from my platinum club in order to earn prime XP in the CVC events and survive in this game. I have joined three diamond clubs today and been kicked by all three. I’ve been at or above all three club’s average team strength (currenly I’m at 86576) yet one team said it was because I had not quite even played 4000 games yet.

The snobbery is strong with these clubs! I mean, why would someone prefer players who take three times as many games to get to my level of team stength? I’ve gotten to this level in this few number of games BECAUSE I always participate.

Anyways, anyone in a diamond club need a player like me?
0