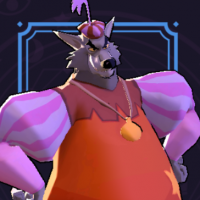 DrZ Registered Users, Member 4 Posts
January 23 in Suggestions & Feedback
Hopper is probably one of the biggest misses in the entire game at the moment.
It's a defense type with no taunt and subpar abilities.
Please buff him. Here are some suggestions:
Angry Outburst: Make the chance to steal a random helpful effect baseline and upon upgrade "if target is blinded, double the chance". This will work with his kit.
Fighting Dirty: Make him gain Taunt for a turn.
Let's ride: literally references the movie where him and his horde fly and speed away... Either make the purge effect 100% but for 1 effect randomly or change the ability entirely to grant wilds characters more speed or something.
What's yours is mine: if he had a taunt, this ability would be so much more interesting but instead it just lingers there. It also has no interesting LVL 2+ benefit. Maybe if it worked with the entire team it would be more interesting and make enemies think twice before debuffing. Also the name of it makes no sense. It alludes to stealing but it works as a counter... wouldn't it make more sense to steal or copy a beneficial effect from either his own teammates or the opponents?
Rough and Tough: honestly, just make it a speed bonus to make wilds viable again. same as Shan Yu or Miguel or Hiro. The upgrade can give the 8% tenacity and the defense but right now it's pretty lackluster. I mean, he is a tank that is portrayed as speedy, why not go all in at this stage...