SWING AND A MISS 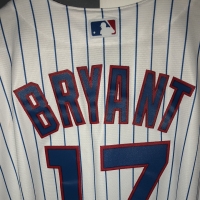 Haraycaray Registered Users, Member 910 Posts
October 2019 edited October 2019 in General TSB Discussion
Normally I’ll spend Wednesday hammering out tournaments and bonus games, but today when I logged in and saw it was a Pirates royale I was immediately out. I spent a grand total of probably 10 minutes on the game today as a result. These next few days are literally the biggest spectacle of the baseball world and on a day where royale coincides with a game they throw this at us. I don’t feel it is the case all of the time, but how can this be overlooked?
On a side note it was surprisingly refreshing not being “glu’d” to my phone all day. Unless I’m blown away by an event or a player in a box given I have the resources to level them, this more than likely will become the norm for me. The recent blunders in game haven’t helped a whole lot either. Im curious if this is a common notion shared by the community, because it should be.
8