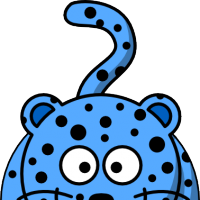 [Glu Sports] blueleopard Administrator, Moderators 572 Posts
July 22 edited September 1 in General TSB Discussion
Howdy howdy.  I meant to get this up yesterday, but as usual with our releases, some things got in the way.

In our attempt to more transparent to you, our dedicated users, I'll post release notes whenever we update.

1.2.2 is what we call a microupdate.  There's no new featuring or modes to speak of; we just did some tuning to enrich the gameplay experience and fix some commonly reported issues.  Also note that not every update is one size fits all.  Some devices are just better than others, and that's the unfortunate reality we deal with when it comes to mobile gaming.

So here they are:

1.2.2 - Released July 20, 2020
Hope these shed some light on the update.  Note that this is not an auto-update and you will have to go into the App Store or Google Play to ensure that you're on the latest version of TSB. As usual, if you have any bugs or feedback to report, put them in the right forum.  I usually put them in my report to the devs on Monday nights.  If it's more pressing, DM me, and I usually bring it to the attention of the devs as soon as I see them.

Hope you're ready for some real baseball, because that's where the real fun begins!
10