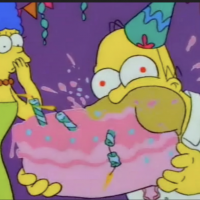 punkysdilemma New MemberRegistered Users 94 Posts
July 2017 in Gordon Ramsay Dash - Suggestions and Feedback
I don't know how often Glu can get Gordon on the phone to record some new dialog, but I think it would be fun for Super Gordon to occasionally say, "...fine, I'll do it for you."

Also, I hafta say I was expecting slightly more florid taunting for losing to him in Chef Arena

What else do you guys want to hear Gordon say?
0