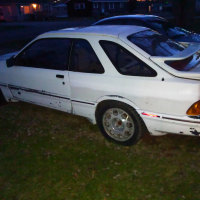 begalbrew New MemberRegistered Users 1 Posts
June 2019 in General Glu Suggestions
We need to have club sharable prime energy refills!!!!  I also feel these should be able to be purchased with gold OR as IAP's($). I would gladly spend the same 100 gold or even 110-120 to allow someone on my club to continue a hot streak if the dont have gold to refill their prime energy.

I would hope that larger quantities would drop to maybe 80 or 90 gold, but with that said i would be good paying the 100 across the board and keeping a dozen or so minimum for my clubmates to use during any given prime event.

Personally I find the existing club shared items kind of a waste, even in hopes of bettering the club why would i buy them ice wraps and bonus games as an IAP? Do people buy those? Im just curious if im missing some perk to them? Not trying to discount the developers system but I just really dont see the purpose and value in the existing basic club items.

I do understand from a development standpoint, like most any addition, this would slightly skew the balance of the game at first. Though i feel like this is a viable option that would sell well!! For those who do not spend cash on IAP's this would likely boost rewarded ad revenue for glu by (at least) a small yet measurable percentage.  I also feel like it would be a good way to bring a bit more teamwork and sharing to clubs primarily consisting of members who are unable to make IAP purchases.

Just one last point from a player and club leader.  I dont think it should go away, but I could care less about cvc most the time. My club will never rank high enough to get good prizes in cvc and match prizes really dont do much to help anyone above mid silver rank imo. Again, just my personal opinion, but i say put less focus on cvc and keep it as an "extra" while continuing to flesh out the main elements and events in the game. Kind of like adding multiple WOH tiers. That was a really good addition that has a nice incline of rewards that are attainable.

I appreciate having TSB every year, and though i like to poke at the devs from time to time for stuff, i feel like they do a very good job balancing classic TSB gameplay with new features to keep the game fresh each season. So for that,, thank you glu designers and developers!!