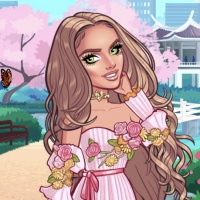 I know I am a day early, but with Kylie's
20th birthday coming up I decided to
start this thread a little early in her honor!
Hopefuly filling it with birthday wishes!

Last year we had a WorkIt! event for Kylie's 19th
birthday and this awesome limited offer outfit
(which I am still kicking myself for for
not getting at the time)!

But as we all know, this year is a little different with
the Glu team working hard behind the scenes on
fixing the glitches...
So who knows, we may or we may not get a
Kylie-birthday-themed weekend event this year,
I just wanted to start this thread in her honor!

So come on over and post your birthday
wishes for the fabulous King Kylie!!