Not as many gigs as usual? 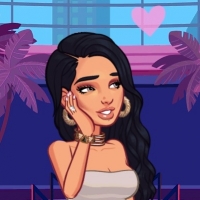 AListJacey Experienced MemberRegistered Users 473 Posts
August 2017 in KKH FAQ & Support
At any given time, I usually have anywhere between 4-10 "real" gigs going on at once. But lately, I have exactly only 2 going on for the past couple of days.

Is this a glitch or am I just doomed to have only 1 or 2 gigs from now on? I have to wait 24 hours for both of them so I'm basically just twiddling my thumbs at the moment doing reality shows, but in the past I've always had an almost overwhelming amount of jobs and now I have nothing to do.

Anyone else have this problem?
KKH iOS player ✨

Looking for friends? Add me on FB here!
0