In need of advice 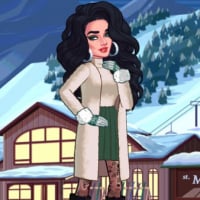 Fairytale Registered Users, Member 385 Posts
January 2019 in KKH General Discussion
If i restart my game will i still end up with only 5 videos a day and the payed contour kit on my new doll? Cause i want to start over. I regret buying it and it completely ruined the game for me. Am i just cursed forever now or can i restart and i'll get my 20 videos a day back?
Android player from sweden!
Add me: https://www.facebook.com/profile.php?id=100080197724994
0