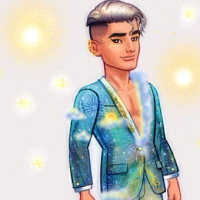 Rikk New MemberRegistered Users 2,916 Posts
May 18 edited May 18 in KKH General Discussion
Hey guys! I bought the Venice art gallery and can only seem to get 1 gig per week, but it’s supposed to be 2 gigs. I have bought an item of art in every available space (a mix of cash and k-star items) — do I need to buy only the k-star art pieces to get both 3-hour gigs? Let me know if you have any advice
0