Please knock down the Tiers and improve the rewards 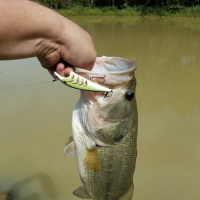 nym5fan Registered Users, Member 767 Posts
October 2018 in Suggestions and Feedback
Very few clubs have the ability to reach the new T5 and T6 levels for rewards. Clubs that once maxed the tiers daily now struggle to reach T5. Knock T5 back down to 2.5 million from 25 million and knock T6 down to 11.5 million. Something attainable for clubs that are not the elite 1% with hackers or 20 VIPs spending boatloads of cash. A club like mine that has 20 daily players that are active and play all day every day should be able to max out the tier rewards. And for Royale set the bar a little lower as well. 500 Million for top tier is nuts. Drop it to 250 million or something a little more reasonable. And give out gold for T5 and T6 make the rewards reflect the amount of resources that will be burned achieving the tier.
From Wentz he came, he shall be returned!
2