DFBB Registered Users, Moderators, Member, Moderator 4,599 Posts
September 2019 in General TSB Discussion
Wow. Did you guys notice the odds on the 600g bandits box? 13% chance at a prime/legend and 31% chance at any player. 2k lxp is also good odds too. 🤔 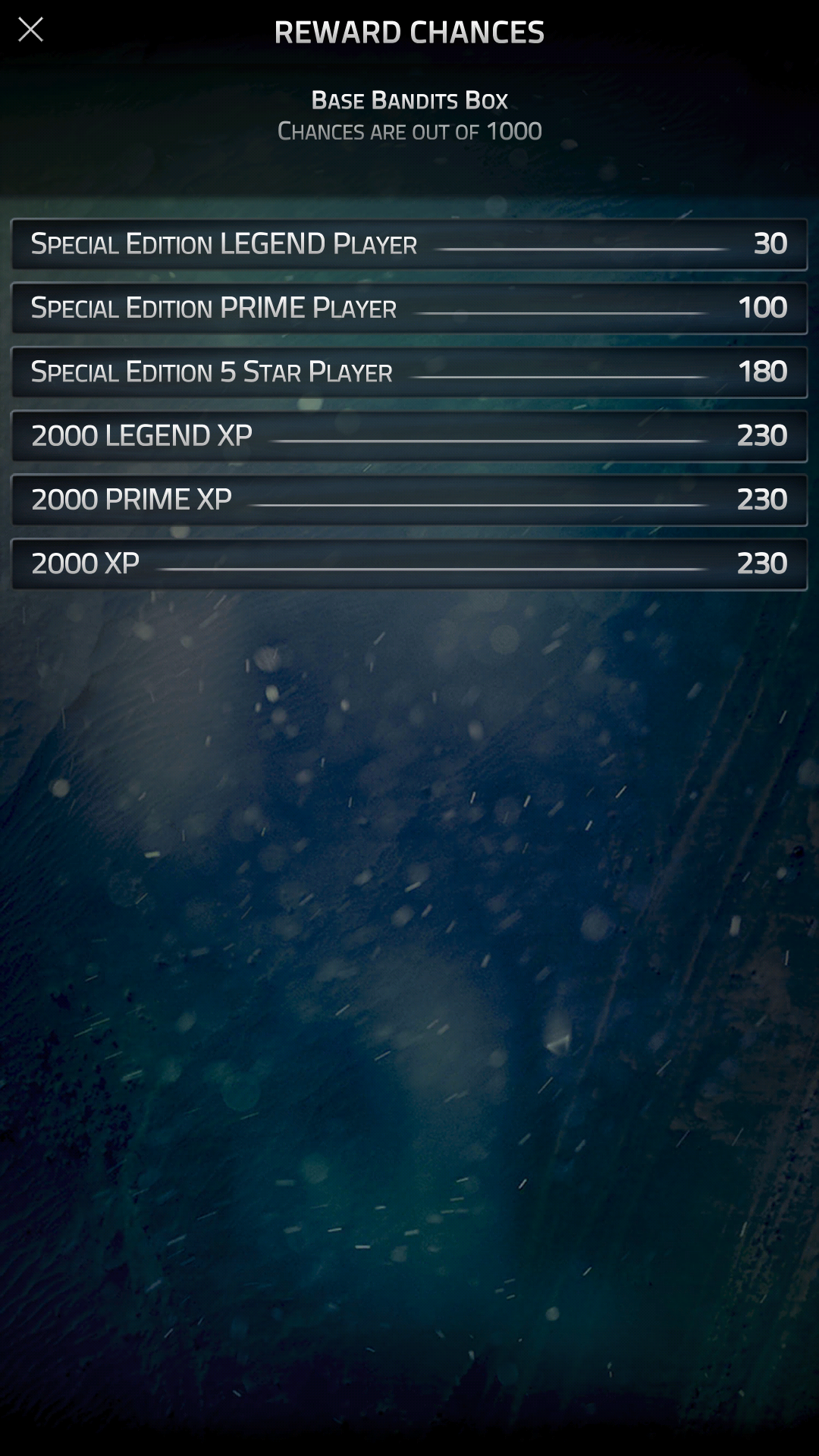